Hope for the best but expect the worst

Q: How should an ideal Buddhist spend the day?

A: Ideally, a Buddhist should 1) Donate to charity everyday,2) Keep the Five Precepts at all times, 3)Read/study the Dhamma books/teachings and listen to Dhamma talks, 4) Meditate as much as possible and whenever possible. 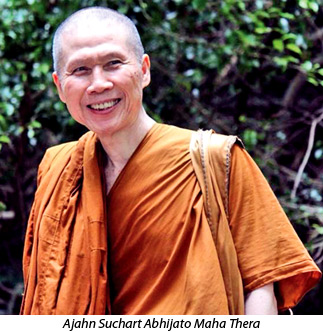 Q: Practising Metta meditation is not simply reciting the verse “May all beings be happy.” It is extremely difficult to put it into practice as in our day-to-day lives we come across many difficult situations that would disrupt our peace of mind. Certain people really get on our nerves. Could you kindly elaborate on Metta meditation and how it should be done in order to keep our minds free of hatred and angry thoughts?

A: Well, reciting ‘May all beings be happy’ is just a reminder that it is our goal – that we should try to make people happy as much as possible.

In order to make others happy, firstly, we have to forgive others. Be forgiving. If somebody has done something bad to you, you should forgive the person. Don’t hold any grudges. Secondly, whatever you do, make sure that you do not cause trouble to others. In other words, you should not behave in a manner that would hurt others (even unintentionally.)

Thirdly, do not hurt anyone mentally or physically.  Fourthly and most importantly, you should give others happiness. The way to give them happiness is to behave like Santa Claus. If you are Santa Claus, everybody will like you because you make them happy by giving gifts or things that they would love to have. If they like money, give them money,

These are the four key ways of showing loving kindness or Metta.

Q: Could you give us a few tips to lead a happy life by helping others, criticising others less, and focusing only on good thoughts?

A: Well, you basically have to be happy yourself before you can make other people happy! Like I said before, you should practise charity, keep the five precepts, study the Dhamma teachings and meditate. If you can do those, then you will be able to direct your mind to help other people and you will be happy at the same time. As a result, you will not want to criticise others and will only think good of others. So this is what you should do,

First, you should make yourself happy by the practice of charity, morality, and meditation. Once you are happy, you will have good thoughts. Then you will be happy to help other people.

Q: Is it a sin to sterilise pets or stray animals (deprive the animal of the ability to produce cubs)? Free sterilisation campaigns are carried out in many countries to reduce the stray animal population.

A: It is not a sin because you did not kill anybody or no killing is involved. Sterilisation of humans or animals is not considered to be a sin or bad karma. The Five Precepts are not broken. The First Precept ( Abstain from killing) is not broken/violated.

Q: Buddhists usually offer Dana (alms) to the temple Bhikkhus. Unlike monastery Bhikkhus, there are certain temple Bhikkhus who fail to adhere to good moral conduct. Some would even go after material gains. So some laymen are of the view that it is useless to offer alms to such Bhikkhus. Is giving alms or worshipping Bhikkhus who had failed to adhere to good conduct, not a meritorious deed? Should we avoid offering alms to such Bhikkhus?

A: Well, it is not good to support bad people anyway, whether Bhikkhus or not. But if they need help, if they are starving, it is still considered to be okay to give food to such people even if they are bad, because food is a basic necessity of life. You can give things that would be counted as basic necessities to anybody. But if you want to support someone you have to make sure that he/she is a good one- someone who will only do good things for others. You do not have to support someone who does bad for others.

So you have to separate the two very carefully. It is okay to provide someone with basic necessities irrespective of his/her bad qualities. We do feed even tigers or snakes if they’re starving. We have to feed them. But you have to put them in a cage so that they won’t go and hurt other people. That is why we put bad people in jail. But we feed those who are in jail! So feeding or helping other people in need is considered to be a meritorious deed. But once you know for sure that a bad person is depending on your help, then you don’t have to do anything for that person.

Anyway, this is not an excuse to stay away from donating. If you know that someone is bad, you can choose good people or organizations and give charity to them. There are always good and needy people.

Such actions can give good karmic consequences.

Q: There are even Buddhists who do not believe that there is a rebirth after this birth. How can one convince them that there is rebirth? How to prove it?

In order to prove it, you have to practise deep meditation. Once you reach the Jhanas, you can see the separation of body and mind.

Then only you can understand the principle of rebirth. Otherwise, you will not be able to know what rebirth is. So if you cannot convince yourself, don’t try to convince other people. Leave it to someone else to do. Leave it to those who have already convinced themselves that there is rebirth.

Q: Does a Buddhist commit a sin by questioning / not believing in rebirth? 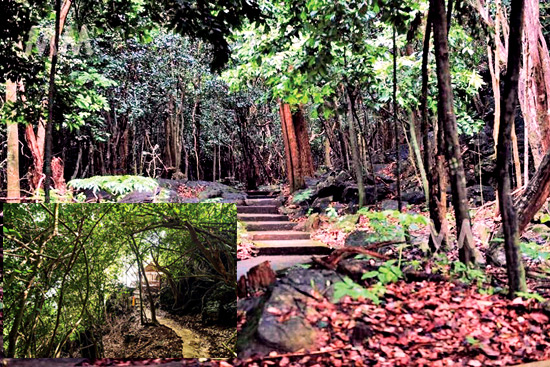 A: They don’t commit a sin. They just block themselves from learning something great from a very wise person like the Buddha! It is not a sin. Just that they are missing out on a good opportunity. It is extremely hard either to see a Buddha or listen to his Dhamma teachings. Those who have access to the teachings of the Buddha will ultimately be free from suffering forever.

A person who does not have faith in the Buddha will not want to study the teachings of the Buddha. So he/she will not have access to his Noble teachings. Such a person will find it impossible to end the cycle of birth and death.

Q: Can Arahants talk to gods? Are gods and demons visible to Arahants?

Q: Should a true Buddhist follow astrology at all?

A: No, a true Buddhist should follow common sense! This is what the Buddha teaches. This is wisdom – Cause and Effect. This is common sense. You do good and good will come to you in return. Similarly, if you do bad, you will get bad consequences, not that there is a particular day to do good! The day does not matter; it is the action that matters. So if you do good you don’t have to pay any attention to astrology. You can do good every day. It is the same way with doing bad. You can’t do bad, like robbing a bank. You don’t have to consult astrology when doing a bad deed because it is bad for you anyway. For example, even though you will be successful in robbing the bank, it is an impure deed.

In Buddhism what matters is our Kamma/ and the consequences of Kamma.

Q: Excessive stress and fear of facing the future (at the university level in particular) sometimes compel the students even to take their own lives. Similar incidents were reported from Sri Lanka recently. Could you enlighten the youth on how to cope with stress and tackle life’s issues irrespective of their religious backgrounds? What should be done to relieve stress and anxiety?

A: Well, if they know how to meditate that is the best way to relieve stress. Whenever you feel stressed, just keep reciting the Mantra ‘Buddho Buddho.’ After a while, maybe after five minutes or ten minutes, you will feel better.

As far as how to cope with the stress is concerned, they have to learn the fact of life, that life is not certain. Life is Anijja. Everything is changing all the time. So don’t put too many expectations on anything, take things as they come. Hope for the best and do your best. Expect the worst also. If you can do these things then you won’t feel stressed. Take things as they come, because you cannot force things to happen the way you want.

Q: The Buddha allowed the Bhikkhus to consume meat only if the following three conditions are fulfilled. i) If you have not seen the animal being killed for you. ii) If you have not heard that the animal is killed for your consumption. iii) If you don’t have even the slightest doubt that the animal is killed for you. Anyway, the meat industry is thriving because there are enough consumers to meet the supply. If there is no demand, the industry won’t survive. If there is no demand there is no need to supply meat. Anyway, those who consume meat bought from a meat stall (supermarket or wherever) will not commit a sin because none of the above conditions is violated. But the animals are being killed because there is a collective demand.

How would you justify this according to the teachings of the Buddha?

Q: Non-Buddhists often argue that the Buddha was not against consuming meat. Would you enlighten our society on this?

A: The Buddha was not concerned about what you eat. The Buddha was concerned about what you do or what you had done. So if you do not kill that is good enough for him. If you want to eat meat or eat vegetables, that is your business. But you must not kill. As far as eating food is concerned, you can eat anything you want, if it is on the table. As long as you did not kill any animal or made them be killed for you, you can eat what is served on the table.

(Ven. Ajahn Suchart Abhijato Maha Thera was born on November 2, 1947. Having completed his degree in Civil Engineering at California State University, Fresno, USA, he returned to his motherland where he designed an ice cream parlour for a brief stint. Quite soon, inspired by a Dhamma Book, he decided to go in search of ‘true happiness,’ to find inner peace through the practice of Buddhist meditation. He became a bhikkhu at the age of 27 and received ordination at Wat Bovornives in Bangkok on February 19, 1975, with Somdet Phra Ñanasarivara, the late Supreme Patriarch (Somdet Phra Sangharaja), as his preceptor.

From life of crime to finding religion: Prisoners experience a ‘spiritual awakening’

From life of crime to finding religion: Prisoners experience a ‘spiritual awakening’