We spent £1.2m building ‘eco-house’ so we can meditate in peace – now we’re suing as the glass roof is EXPLODING

A COUPLE who spent £1.2million building an ‘eco-house’ so they could meditate in peace are now suing because glass roof is ‘exploding’.

Brenda and Francois Vainker claim defects in the home have driven them mad and now want to hold the builders and architects accountable.

They say the family home in Strawberry Hill, south west London, is “unfit for habitation” and not somewhere they can see themselves spending their retirement in.

Brenda, a psychologist, and Francois, a lawyer, have two adult children who live with them and wanted to make the environment a calm space for all, London’s High Court heard.

Brenda claims she was clear to architect Steve Clifton the new-build had to have “natural light and space in a calm and peaceful environment to enable her to practice meditation”.

But they were left with an “airless” house not being able to sleep and exploding glass panels around the terrace in 2017.

The couple also claim their state of the art green roof cannot be reached for watering and has “no safe access”. 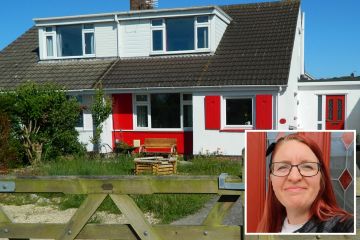 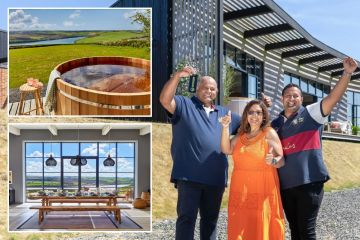 They are now suing builders Marbank Construction Ltd and SCD Architects claiming around £1m in compensation.

The builders however are calling the claim “abusurd” and “bound to fail”.

“There are myriad defects at the House caused by Marbank and/or SCD. The defects render the house as a whole, unfit for habitation,” he told the court.

Mr Crowley also claims the strain it has had on the couple has left Brenda needing counselling and they have since moved into a rented property.

“Mrs Vainker had consulted a psychiatrist in respect of her anxiety as to the safety of the house,” Mr Crowley added.

“She had [also] discovered that the glass balustrades on the open staircase would collapse if she fell against them because they were not laminated glass, and had become more and more worried about the risk of falling one – or more – storeys.

“The defects to the staircase and balustrades are dangerous and unsafe especially the hazard of falling down one of two staircases owing to the open design of the house.”

In her evidence Brenda said: “I found it very stressful to live in a house where I was told if there was an accident it would be my fault and so I must not allow a child or vulnerable adult to go near the glass.

“I had been driven almost mad and because I was a psychologist I was not afraid to get help for myself”.

SCD Architects’ barrister, Benjamin Fowler, branded the couples’ green roof claim “absurd” – pointing out that they are seeking £32,584 to cover 50 years of watering and maintenance.

The architect firm had expressly warned contractors to use laminated glass, he told the court, and in any event Marbank later offered to replace much of the glass at its own cost in 2018.

He said Brenda had also been briefed about the right maintenance regime for the woodwork.

The husband and wife are claiming around £1million in compensation – but face a counterclaim from Marbank.

Ex-Witch Jenny Weaver Warns of the Spiritual Dangers of Halloween